We are focussed on the issues that matter in our community, and fighting for Roskill to be heard. Roskill Community Voice is active on many issues including the following campaigns: 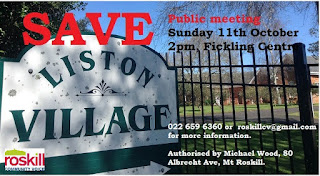 Save Liston Village (#SaveListon)
Liston Village is a 25 unit retirement community in Hillsborough, adjacent to Monte Cecilia Park. In 2010 the former Auckland City Council agreed to gradually purchase it from the Catholic Diocese, not long before amalgamation.  The current plan, from 2010, is to demolish these units to widen the entrance-way to the park.  We believe the retention of a much needed social housing facility for seniors is more important than a wider approach to an already large (and beautiful) park.

In October 2015 we launched a campaign to Save Liston Village, with a community meeting attended by over 80 people, with the support of Ward Councillor Cathy Casey, Auckland Grey Power President Anne-Marie Coury, and local Member of Parliament Phil Goff.  The campaign includes a petition to Auckland Council which you can sign online here.  Contact us for paper copies and to be involved in this campaign.

The Puketapapa Local Board supports retaining the housing and commissioned a report investigating seniors housing provision in Auckland.

We will continue to fight to have the 2010 plan changed to allow for the housing to stay, and for Liston Village to be run by Auckland Council as a seniors community.  Campaign updates will continue to be added here. 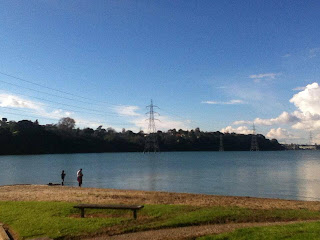 Bury the Pylons
Our neighbourhoods and harbour have been despoiled by huge power pylons for too long. The pylons would never have been erected in suburbs along the Waitemata Harbour, and our community should not have to bear the brunt.

It is possible to Bury the Pylons from the dividends that Transpower earns (over $200m per year) and forwards to central government. We know it won't happen overnight but we are pressing for a responsible plan to be developed.

We worked with local MP Phil Goff to get the issue raised to a parliamentary committee through this petition. David has been working hard on the submissions to the Commerce Committee, succeeding in getting the Puketapapa Local Board to support the campaign and submit.  The Commerce Committee decided not to carry out the investigations we asked for, but a minority report from that committee supported us.  We're in this one for the long haul!  A working committee has been set up, in November 2015, to work on next steps.  Past updates on the Bury the Pylons campaign are here. 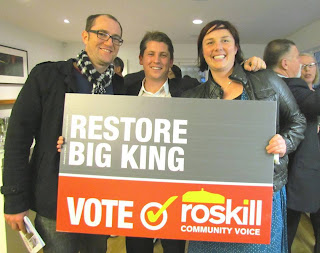 A Vision for Three Kings
The Three Kings community faces huge change over the coming 5-10 years, with the establishment of a major residential development in the quarry, Unitary Plan changes, and ongoing intensification. It is essential that this change is guided by a strong community-led vision.

Our 'Vision for Three Kings' is a comprehensive policy platform that oulines our approach to Three Kings issues. It is informed by what we have heard from the local community over the past three years. It covers key issues including; our plan to restore Big King, our vision for a quality quarry development, our approach to the Unitary Plan and its impacts, how we will protect and promote local character and heritage. Contact us if you would like a hard copy of the Vision document. Past updates on this campaign are here.

Harry leads this work now on the Puketapapa Local Board, and has secured Board resources and support for producing the Three Kings Plan, which has been shaped by an enormous amount of community involvement.  We are now focused on getting the Three Kings Plan implemented and challenging the decisions made recently under the Resource Management Act and the Reserves Act. The Private Plan Change under the RMA (372) lodged by Fletchers and approved by commissioners in November 2015 (click here, you are looking for "Decision" PDF under "Details") and likely to go to an Environment Court hearing. The outcome of the proposed land exchange (Reserves Act) with Auckland Council and Fletchers has been an approval from the Hearings Panel and a vote in favour from the Auckland Development Committee, despite our staunch opposition over both process and content.

We haven't forgotten about Grumpy Cat or the water reservoir either, however with the transfer of Big King / Te Tatua Riukiuta to the Maunga Authority as part of a Treaty Settlement we have had to wait until the new governance structure is bedded in to raise this again (having been earlier rebuffed by Watercare). 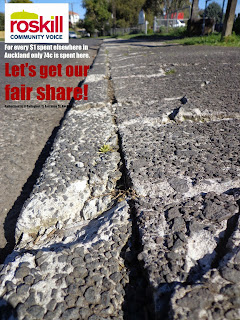 We are running a ‘Fairness for Wesley’ campaign to ensure that local people get a fair go.  Mt Roskill has not had it's fair share over the decades, and Wesley has been particularly badly affected.Our campaign to win Fairness for Wesley means a Local Board and Ward Councillors who will work with the community to achieve (updates on each area since 2013 are in brackets):

- Better library services (We are advocating for Wesley to be the priority for new library services on the isthmus)
- Education and jobs for our people (Examples include supporting local projects such as Project PETER that focus on skills development in the area, advocating for local employment to be included in the Te Auaunga Awa stormwater programme contracts)
- A Living Wage (We commited the Puketapapa Local Board to the Living Wage and seeking for all employees and contractors working on Puketapapa projects and work programmes to be paid at least the Living Wage)
- Upgrading our parks (Examples include major upgrades of Walmsley and Underwood Parks coming with the stormwater project, including a new playground; improved sporting facilities at Mt Roskill War Memorial Park including the resurfacing of the Lovelock Track)
- Fair treatment for housing (Examples include trying to work with Housing New Zealand to encourage good quality state housing, supporting Healthy Homes initiatives, investigating local Warrant of Fitness scheme for rentals)
- Traffic safety (Requesting traffic calming be put in on Wesley streets such as O'Donnell and Farrelly, new pedestrian refuge outside the Wesley Community Centre)
- Rail to Roskill (Advocating for this project to be on the priority list for Auckland Transport)

Further details were circulated through-out Wesley in 2013, along with our Fairness for Wesley signs, and can be read here.