Photos taken on one of the new Waikowhai Park bush tracks, January 30th 2012.  For the full album of 24 photos see our album from this walk on Facebook.

The old signage, not looking so great.... 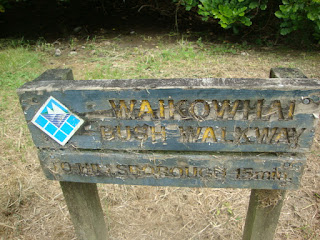 Flash new signage, providing information as well as other new signs that help you find your way. 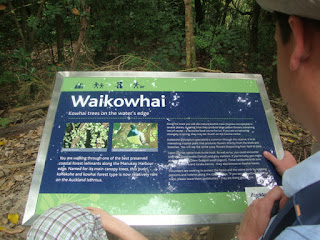 The start of the short coastal walk from the eastern end of Wesley Bay around to Aldersgate.  Being well used by fishers and walkers alike, and just as a nice spot to look out at the Manukau. 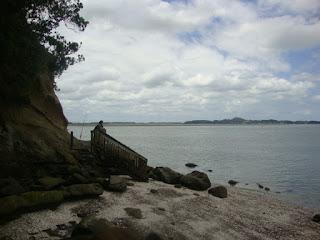 Inspecting the flotsam and jetsam on the beach at Wesley Bay.  In the background you can see the packed carpark at the western end of Wesley Bay - hundreds of people there just enjoying the park, the sun and the BBQ. 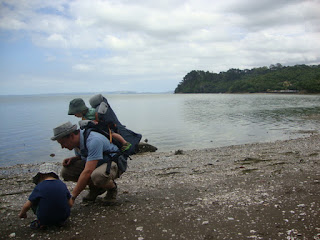 And the view back along the busier part of Wesley Bay (during a calmer moment!) 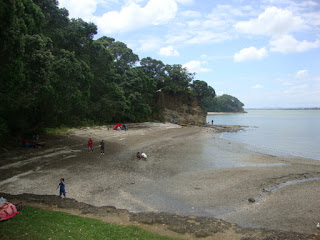 The track we went on took us from near the playground right through to the eastern part of Wesley Bay (linking up with the Aldersgate access point when the tide is low enough).  We were there at about low tide.  This track is not quite complete - there was some machinery on the tracks and it is still unsuitable for those who have difficulty walking and/or are pushing a buggy.
Posted by Julie at 21:19